The World Through the Eyes of Hundertwasser


It doesn’t matter if you live in Vienna or visited it as a tourist, you surely couldn’t pass by the house designed by architect Friedensreich Hundertwasser on Kegelgasse. We won’t even try counting the frequency of mention of this wonderful example of Expressionism on Instagram or other social media!

So who was this eccentric man, whose colorful fantasy attracts residents and visitors of the Austrian capital? 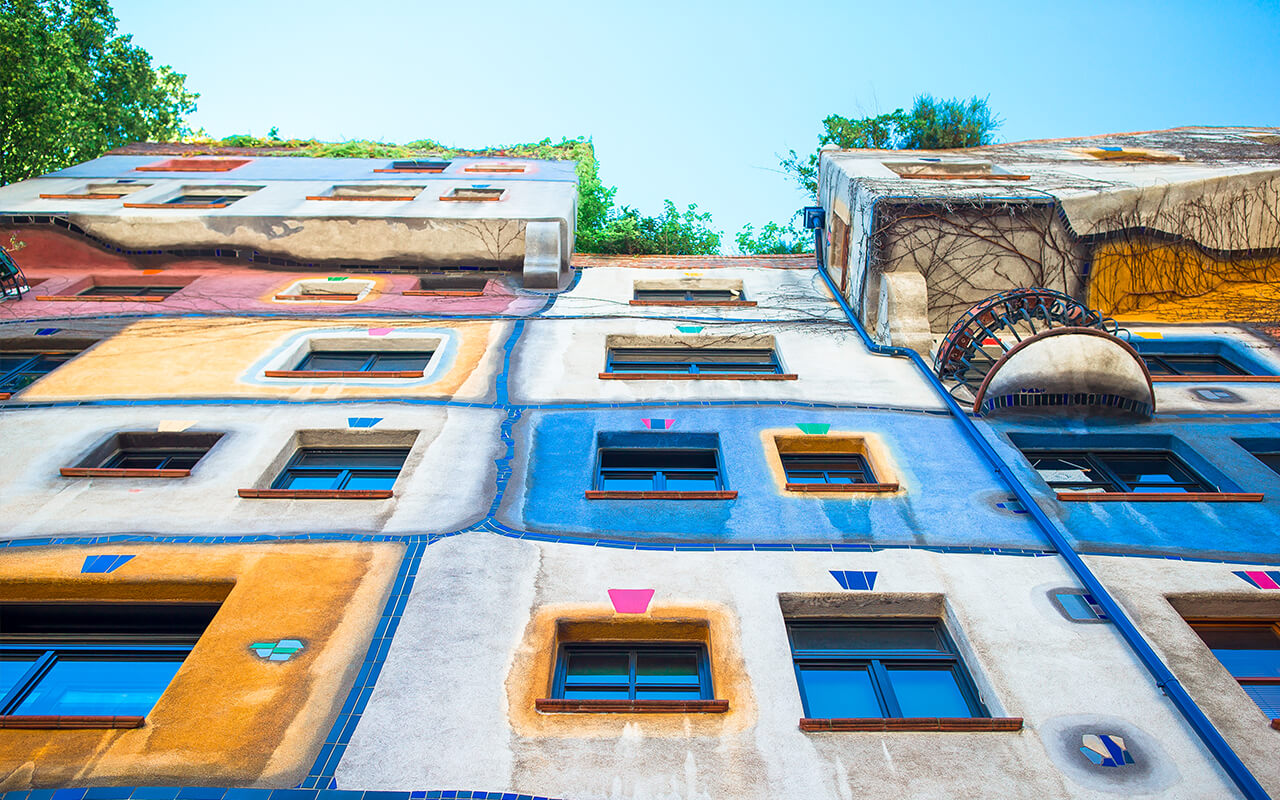 Peaceful Darkly-Multicolored Hundred-Water Rainy Day – this is a loose translation of pseudonym chosen by the artist and architect Friedrich Stowasser, who was born in Vienna in 1928. After World War II, he entered the Academy of Fine Arts Vienna, only to leave it three months later due to boredom from formal education. He then embarked on the journey to Europe and Asia, which turned out to be a life-changing decision. Hundertwasser spent the rest of his life traveling; he implemented dozens of projects around the world and even died on a ship.

Philosophy behind the art

The general idea of Hundertwasser was that each person is unique and special, and therefore has the right to similarly non-standard surroundings. He despised straight lines and typical packing-case houses, believing that they sap the soul of people. In his projects Hundertwasser used uneven floors that mimicked natural slopes, streamlines shapes and bright colors. His philosophy manifested itself even in the way he wore socks: the right and the left were never identical, but nicely matched.

Hundertwasser was also an environmental activist: he ran public tree-planting campaigns, advocated for garbage recycling and creation of ecological housing, and even instructed to bury him naked to be closer to nature. “We are only guests of nature”, he was quoted saying, “Let’s behave accordingly”. 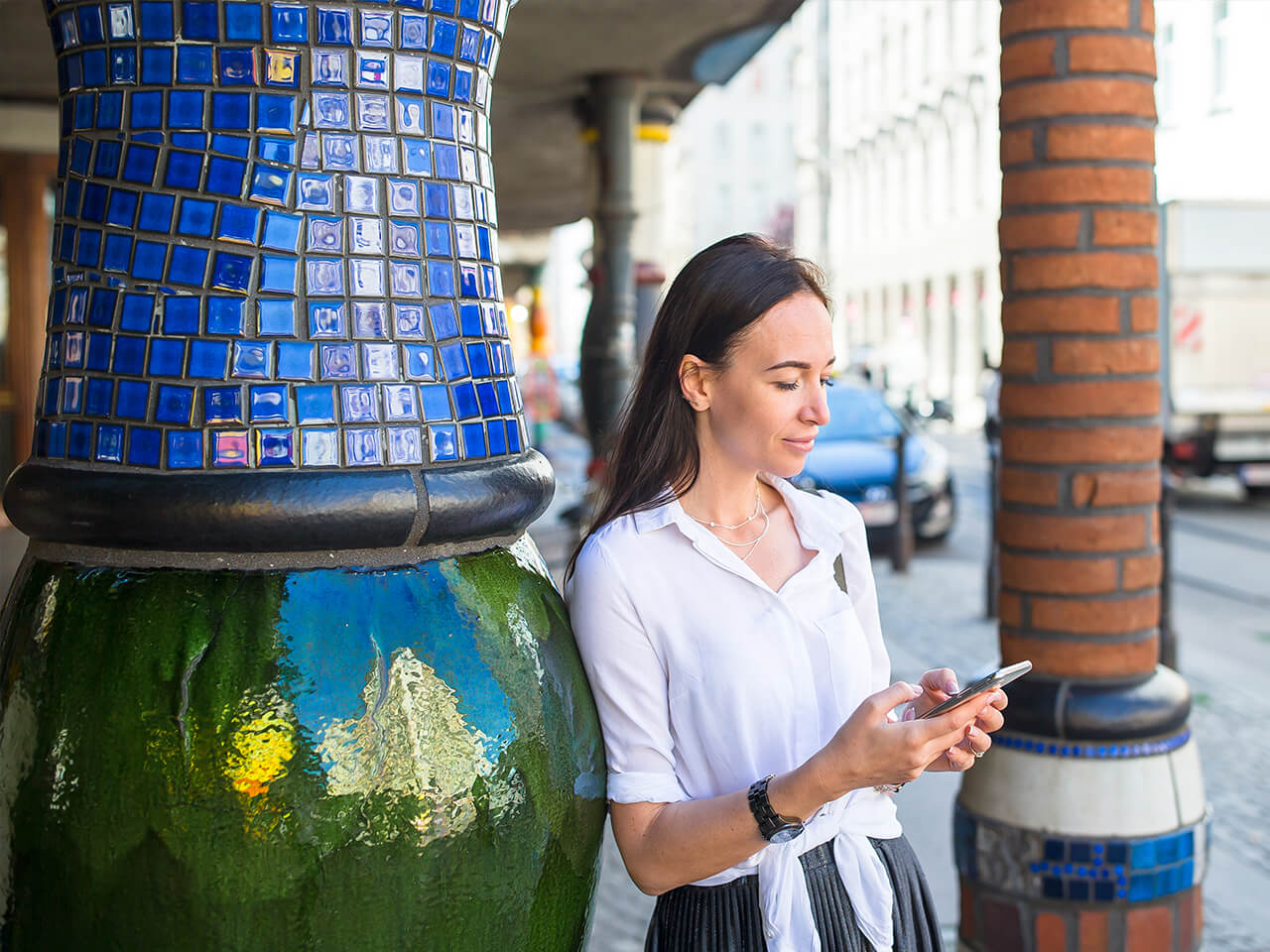 Friedensreich Hundertwasser passed away in 2000, but his enormous popularity even after death proves his point – people love unusual architecture! 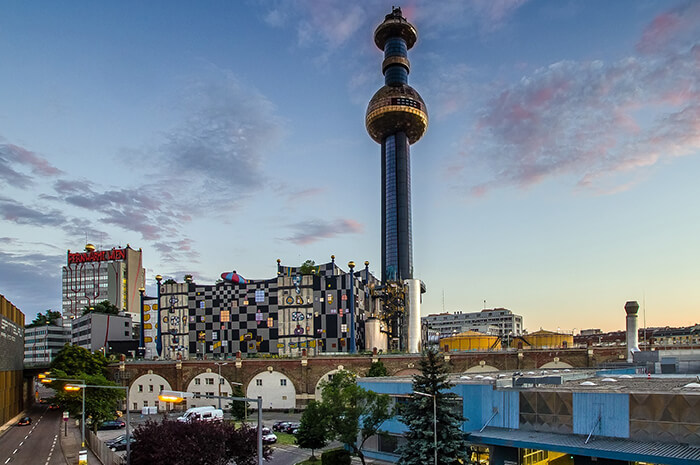 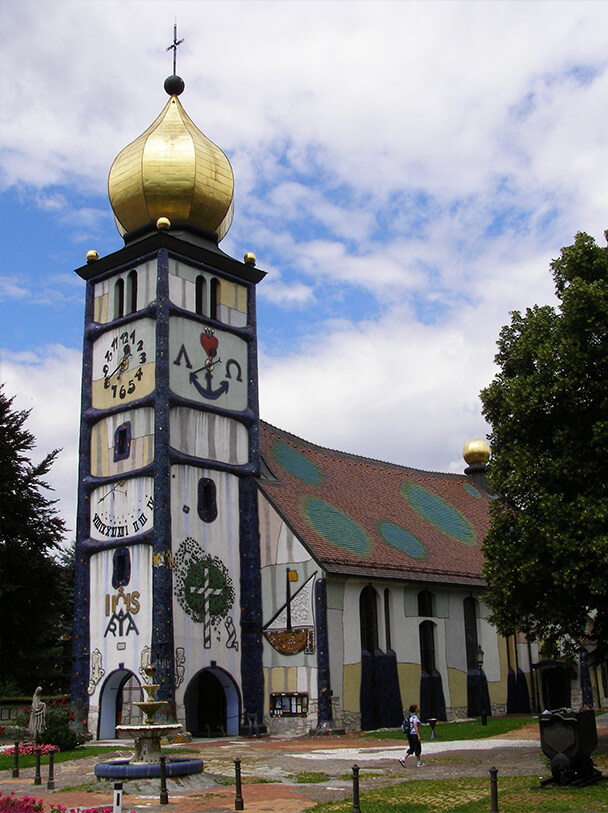 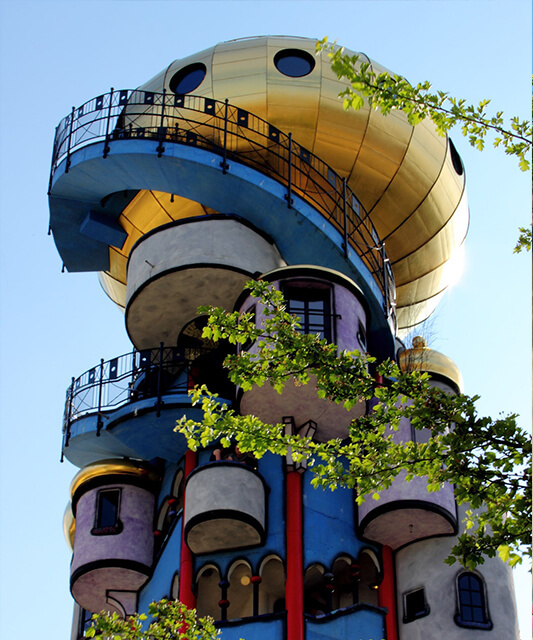